For many years, Diego Palma was an emblematic figure of the Sacred Valley, in the region of Cuzco, Peru. He allowed countless people to benefit from Ayahuasca, a plant used by shamans to cure both physical and spiritual ailments. Over time, his activity has grown to unexpected proportions, and the small town of Pisac has become a Mecca for anyone who wants to experience this powerful and mysterious medicine.

I met Diego during a retreat in the Amazon jungle in 2009. It is an honor for me to begin this blog with an article dedicated to the man I consider a friend, a mentor, and even a brother. Diego died last October at the age of 52 from bone marrow cancer. His death was a real earthquake for all those who knew him, and who appreciated his kindness, wisdom and spiritual elevation.

When I went to Pisac in September 2019, Diego was dying. He had won many battles against his cancer over the past few years. But in spite of spectacular remissions, the disease always came back, stronger than ever. When he finally passed away, I believe that for many – including myself – the predominant feeling was one of incomprehension. How could someone with such a healthy life become so ill? He had such a peaceful approach to life, he was surrounded by so many people who adored him, he was a vegetarian, he didn’t smoke, he didn’t drink, he was constantly working with Ayahuasca, which is probably one of the most powerful medicines there is… And despite all this, cancer was the strongest.

Like a lot of people, it made me wonder. Indeed: when you are a therapist and a shaman, the first reflex you have is to look for the causes of a disease or an illness. One can then fall into the trap of a simplistic reasoning: if something goes bad in my life, what did I do wrong? Not necessarily as a punishment, but rather as a logical consequence of unbalanced behavior, bad habits, trauma or negative thoughts. When we are faced with suffering, we have the reflex of wanting to justify it. If we find a reason, an explanation, then it is less painful.

Yet, in Diego’s case, it was difficult to see a cause that would justify such suffering, and such a deterioration in his health. It was clear that this journey was leading him and his family to an acceptance that inspired admiration. Having spoken with his wife Milagros shortly before his death, I was well aware of this. Although her husband, whom she adores, was dying, she spoke of her situation with a broad smile, and expressed boundless gratitude for everything she had. It was easy to see that this gratitude was not feigned, and that she had truly accepted to go through this ordeal while celebrating the many blessings that were part of her life. I was impressed by this posture, which seems so foreign to our Western culture.

When I returned from Peru, I had myself a rather serious health problem. While I was nailed to the bottom of my bed, wondering how it would turn out, dear Diego left us. It was a shock. I said to myself, “If Diego dies of a serious illness, then it can really happen to anyone. Am I next? “I realized that all my spiritual journey, all my work on myself, had been a quest to try to save me from suffering. If I was a good student, if I did things right, I would be safe, right? I understood that, in reality, all these “positive” behaviors that I was trying to bring into my life were fed by this visceral fear of suffering, failure and death. Yet this fear was paradoxically a poison that I continued to distill unconsciously.

This process finally brought me to a level of acceptance, a letting go, that I would not have suspected. In a way, Diego, who had always been a source of inspiration for me, was giving us his ultimate teaching: We can’t control everything, and we also live things simply because we have to live them. There’s no one to blame, it’s not a failure. It is simply what our soul needs to go through to grow and evolve. And there’s nothing wrong with that. Of course we can try to heal, but there are also things which are beyond us, and trying to avoid them at all costs is as futile as it is exhausting. When we accept there are things that we simply have to go through, life paradoxically becomes much lighter.

For me, the death of my friend was like a passage to adulthood. Like a realization that life is infinitely more mysterious and complex than our poor minds can grasp. That sometimes we have to accept we don’t understand, and simply trust that we are going through these experiences for a good reason, even if it may elude us. And that true healing can also take the form of just accepting what is, and surrender. It finally allows us to appreciate life for what it is, and to enjoy it. As Carlos Castaneda constantly said, “Don’t forget that you are going to die. Always use Death as a counselor.” Far from being a morbid consideration, this truth allows us to reconnect with a form of humility, to acknowledge all that life offers us, and to be grateful for it. Thank you Diego for this ultimate teaching, probably the deepest one you could share with us. 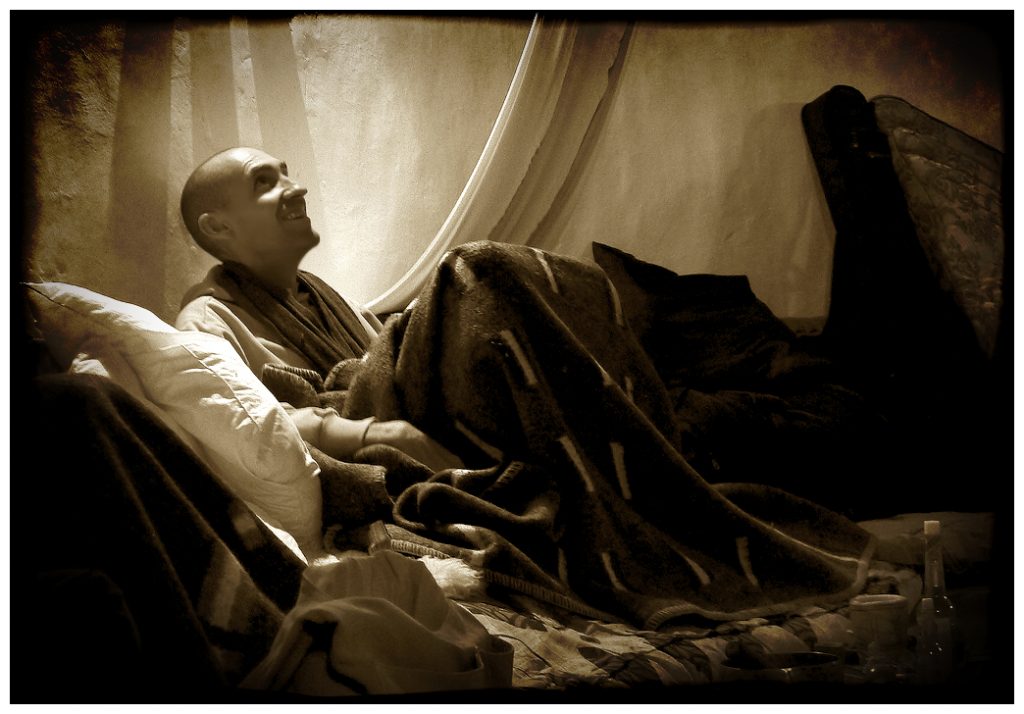