The age of responsibility Posted January 6, 2021

To say that we are living in complicated times is an understatement. The period we are going through, filled with chaos and uncertainty, presents us with many challenges. In facing this great unknown, emotions such as fear, anger and despair can easily overwhelm us. Today I would like to share with you a perspective that was delivered to me during my shamanic work in Peru with visionary plants, such as Ayahuasca, San Pedro cactus, and other powerful traditional medicines. I have been working with these medicines for over a decade now, and they have often guided me on my path with benevolence and wisdom. Of course, the purpose of this article is not to present here an absolute truth, to create polemics, or to give lessons, as I know the subject is sensitive. But simply to share an experience, an approach to things that has personally helped me better accept the events we are going through, and to take a more active and positive role in them. It’s up to everyone to see if this message resonates or not.

I have always been an empathic person, very sensitive to my environment. And I must admit that the direction our world seems to be taking has often caused me some torment. Animal abuse, massive deforestation, terrorism, growing violence in the media and on social networks… Dismayed by this situation, I have sometimes told myself that we were running to our doom. 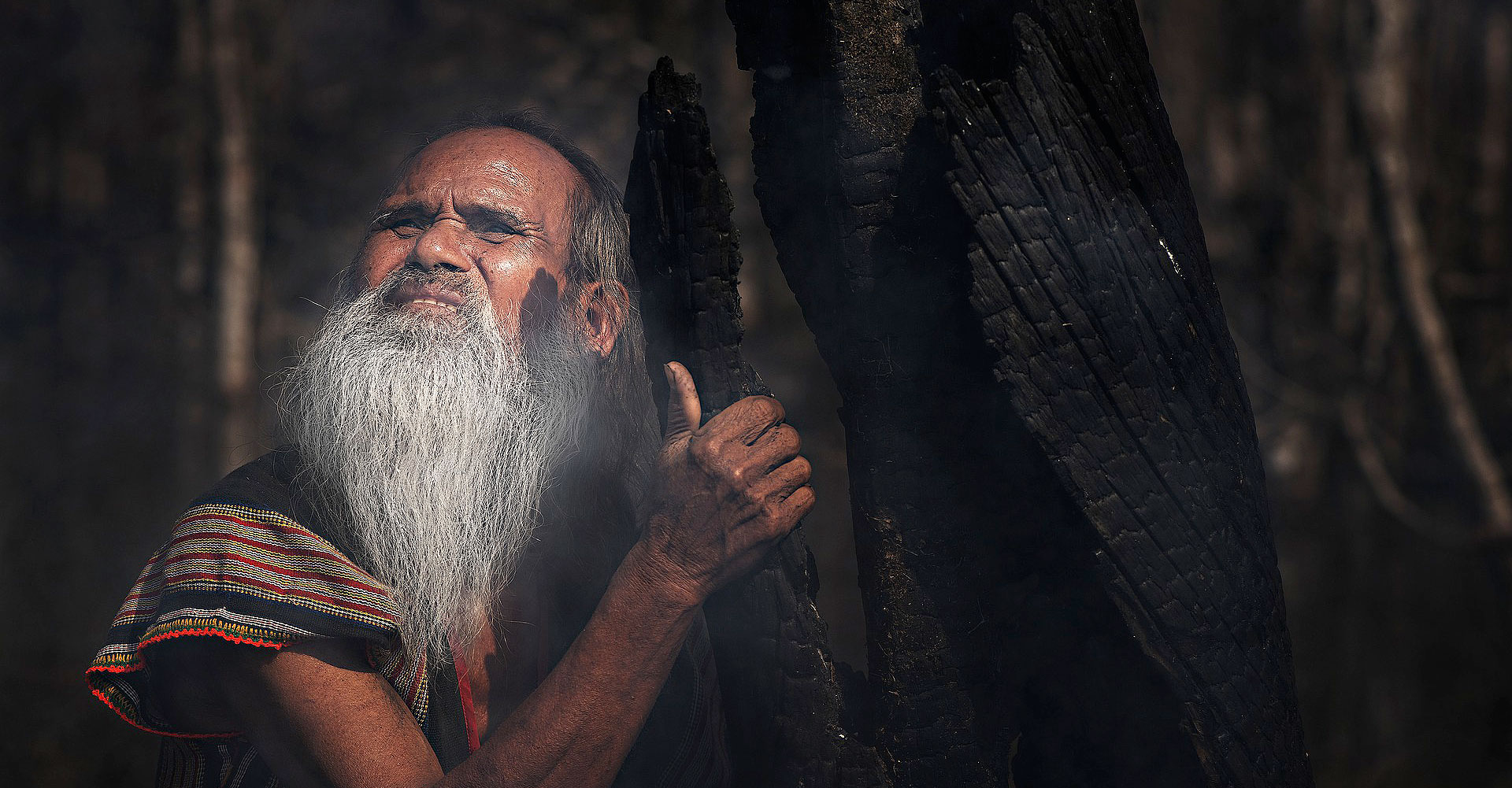 It is true that experiences with teacher plants such as Ayahuasca can exacerbate this sense of urgency, making us painfully aware of the extent of the damage we have caused. It is common to see testimonies from people who have worked with this medicine, and who have received messages about ecology, the need to protect our Mother Earth, and to take a more respectful approach to the world on which we depend. The Amazon is a particularly relevant setting for this exploration, given all the outrages it suffers – and which seem to be getting worse every year, both toward the fauna, flora, and indigenous peoples.

A few years ago, this theme intensified in my work with plants, without me even looking for it. I would even say that I didn’t necessarily want to face it. I thought naively that my spiritual work should always be positive, and that focusing on “what’s going wrong” wouldn’t do any good. I had a very simplistic vision of “Enlightenment,” which for me, represented a perfect form of bliss where no form of negativity could exist. I would later understand that Enlightenment, if it exists, means becoming hyper-conscious, of both the positive and the negative, precisely in order to be able to make responsible and educated choices, without burying one’s head in the sand.

Therefore, my experiences with plants often brought me into contact with everything I had to heal, with a raw honesty. It required me to look at things in the face, even if they didn’t look pretty. I was also often invited to offer my help where the greatest suffering was, simply because this is where it would be most useful.
I remember one ceremony where the theme of ecology came to me. I had intense, almost painful visions that followed one another at a frantic pace. I was shown the systematic and industrialized slaughter of so many animals on this planet, the large-scale organized destruction of ecosystems, the insane search for profit at all costs, even if it meant destroying, like a cancer, the host we rely on for our survival. I was distraught. I asked the question: “But how can we save the Earth?” The answer I received was direct, almost irritated: “Mother Earth doesn’t need to be saved! She could easily get rid of you if She wanted to. You think, in your arrogance, that you control Her, but She could wipe you off Her surface like mere insects. But She doesn’t, because She is your Mother, and She loves you unconditionally. You are the ones who need to be saved!”

I was seeing how, as a human being, I myself had fallen into this Savior cliché, without realizing I was part of the problem in the first place. Paradoxically, it was by wanting to save the Earth that I was relieving myself of responsibility for my role in this destruction. It was then easy to blame somebody else, to sign petitions, to be outraged on social networks. But was I really ready to change my Western way of life? Or was I just going to look for someone worse than me and ask them to change for me? I realized that the plants were not only talking about my consumption habits, for example, even though they are significant. They were talking about who I was deeply as a human being, my mindset, my values, my priorities, my ability to care for others, my sense of responsibility, my openness of heart… and of course my relationship to myself.

In the end, we always experience our own shadow, which we project onto the world. To change this shadow, we must first change ourselves. This message was telling me that the only answer was to come back to ourselves, to understand and heal our wounds and the madness that was at the root of this disaster. Until we deeply change as individuals, trying to fix the consequences of this madness would not get us anywhere. Like asking an insane man to improve the functioning of the asylum in which he is locked up: it is totally impossible until he has first healed.

Even though I had perfectly understood this message, which had been delivered to me forcefully, the magnitude of the task involved left me a little perplexed. First of all, it invited me more to introspection than activism, and I understood that I needed to do inner work first. And that if all humans did the same, then the world would fundamentally change. Now we had to become aware of this, and take responsibility for it. When enough people have radically changed their mentality and priorities, this will have a mass effect that will impact all levels, including political and industrial. We tend to think that our leaders need to change first for our societies to evolve, but it’s the opposite: all revolutions, even the peaceful ones, come first from the people.

Following this first experience, my shamanic work regularly revolved around this theme for several years. At times, I would spend hours receiving teachings related to the evolutionary process of humanity. So much so that I sometimes approached my ceremonies with apprehension, fearing that I would have to spend another night receiving a course in sociology or political science – fields that are certainly interesting, but which can become tiring when repeated so insistently. Yet it must have been important, as the plants continued to deliver a message to me, helping me understand what we were going through.

If I were to give shape to this message, and express its essence, this is what it would be:

“You humans have long lived like children. You have walked the surface of your Mother Earth and enjoyed Her benefits carelessly. You have thrived and used all Her resources, considering them to be yours and unlimited. You designated religious and political leaders among you, your “parents,” to whom you gave your power and the responsibility to decide what was right or wrong.

But more recently, you have entered a new stage in your evolution, that of adolescence. In recent years, you have begun to profoundly question the institutions and authority of those who until now have governed your lives with your consent. You have begun to understand that there was something wrong with the choices that had been made, and that the old models were a dead end. You also recognized that corruption and manipulation had taken hold at all levels of this organization. You felt anger and rejection, and many societies around the world began to rebel.

You are now entering a process of emancipation, which, as in the life of every one of you, does not just consist in blaming your parents for your misfortunes. On the contrary, it represents an opportunity to understand the consequences of your actions, to regain your autonomy of decision and reflection, and above all, to show discernment.
You are growing up, and as you regain your place in the world, you are also becoming aware of your impact on it. Instead of criticizing your “parents” for their bad choices, you are beginning to understand that you need to become active players in the changes to come. It is also this sense of responsibility that will allow you to reclaim your inner power.

However, there will be great resistance to this change: many of you will be afraid of this power, and will want to put it back into the hands of leaders, “strong men”, who will decide for you. You will see a rise in populism that will try to take advantage of this fear. But this evolution is inevitable, and by overcoming these challenges, you will all grow. Maturity, and then wisdom, will be your greatest rewards.

So don’t be afraid to grow, to find your place, to discover and express your truth. We will help you expand your consciousness, become more lucid, open your heart, but we will not make the choices for you, because you will need to understand their consequences for yourself. Everything will be put on the table, nothing will be hidden anymore. So it will be crucial that in this chaos of information, you use a lot of discernment. Always look beyond appearances, take nothing for granted, weigh the pros and cons, don’t listen only to rumors, and become all the adults you are destined to be. You create your reality, so choose carefully the energies you want to promote.”

This analogy of adolescence and the transition to adulthood spoke to me a lot, reconnecting me to my own story. I have often remembered the challenges I faced in leaving home, having to find my own place in this world, and everything this involved in my personal evolution.

This powerful message has been delivered to me many times. And at the time, it did not have the resonance it has today, where trials like Covid-19 seem more than ever to confront us with our individual choices and responsibilities for the greater good. What might seem chaos today looks to me to be this maturation process that plants have been showing me for years. And the dissonances in our societies, so many opportunities to understand the consequences of our actions, and to make choices mindfully.

In the face of all these challenges, it is no longer a question of what we have the right to do or not. Instead, now that we are regaining our power, it is more important to decide how to use it wisely. By changing ourselves, we can radically change the societies in which we live, recreate a form of unity, and restore this world that we have damaged so much. This does not necessarily mean revolutionizing every aspect of our daily lives overnight. But it has been demonstrated time and again that even small adjustments in our way of life, applied on a global level, would have enormous consequences.

To conclude, this reminds me of the Amerindian legend of the Hummingbird, as told by Pierre Rabhi:

One day, says the legend, there was a huge forest fire. All the terrified animals, dismayed, helplessly watched the disaster. Only the little hummingbird was active, fetching a few drops of water with its beak to throw them on the fire. After a moment, the armadillo, annoyed by this derisory agitation, said: “Hummingbird! Aren’t you crazy? It’s not with these few droplets that you’re going to put out the fire!”

And the hummingbird replied, “I know that. But I’m doing my part.” 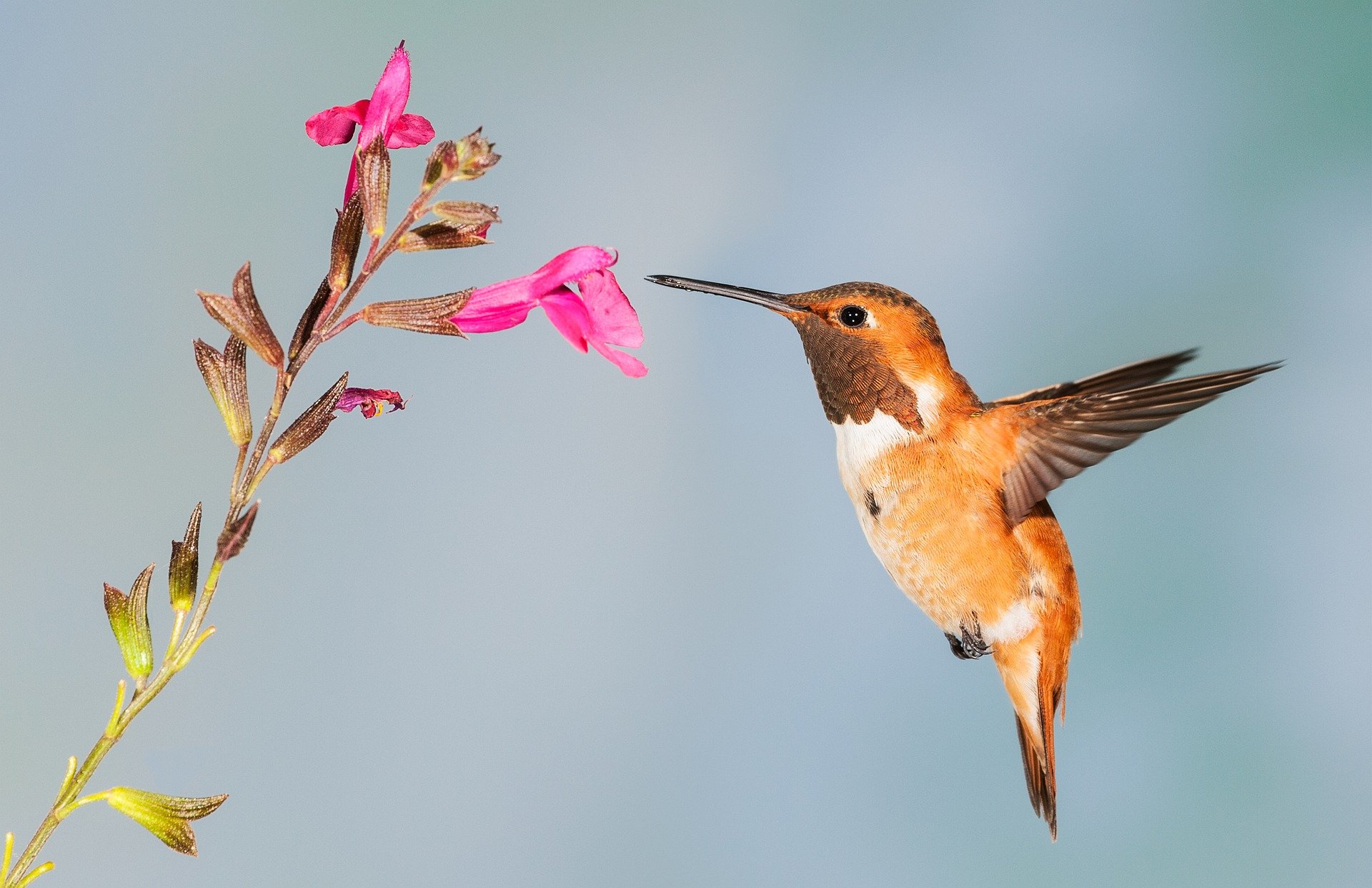